The king of Piedmont

Discover the truffle selection, an excellence recognized all over the world 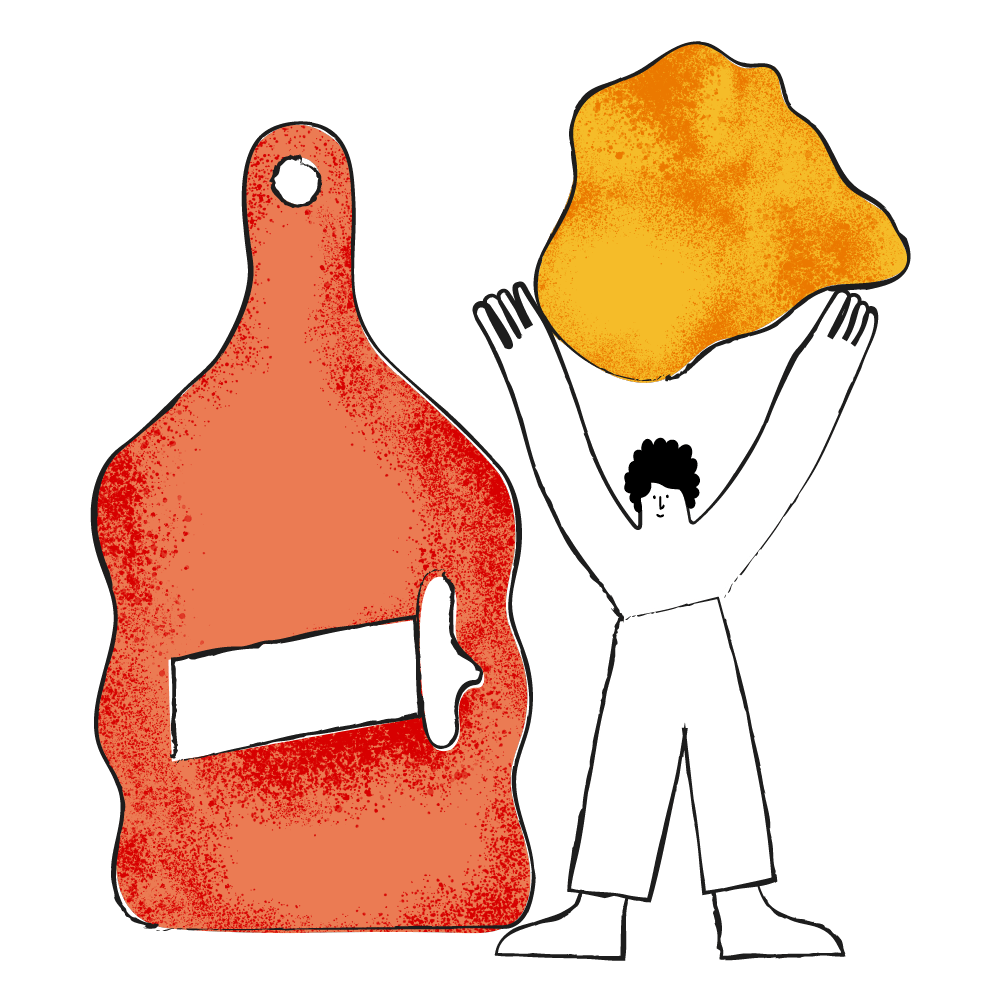 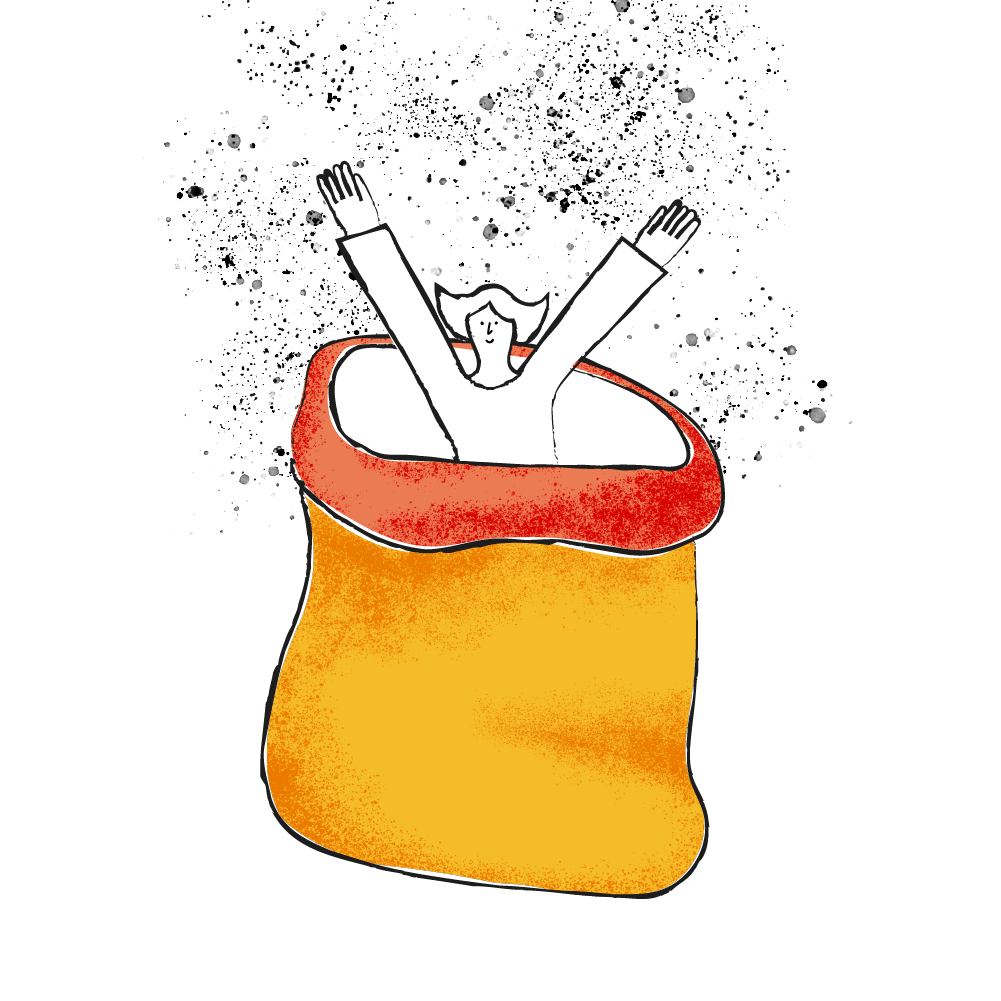 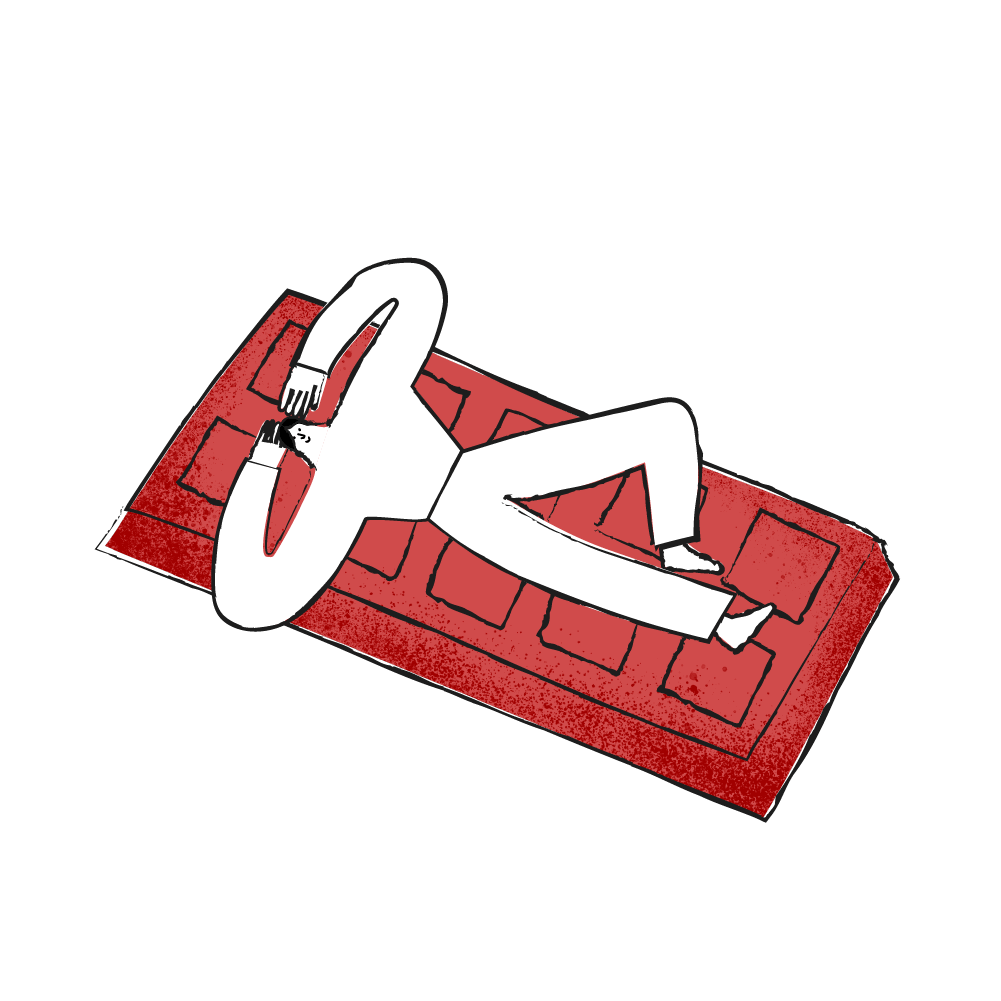 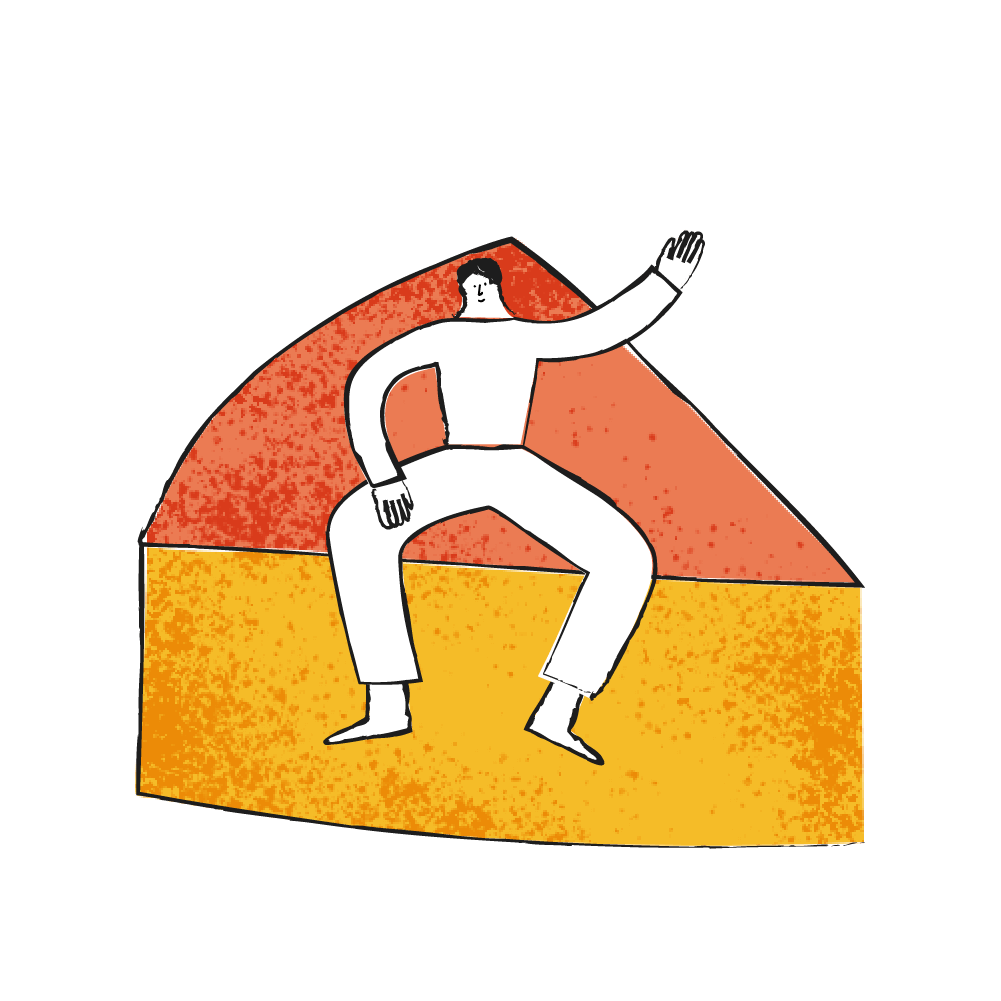 The most authentic quality from Piedmontese mills 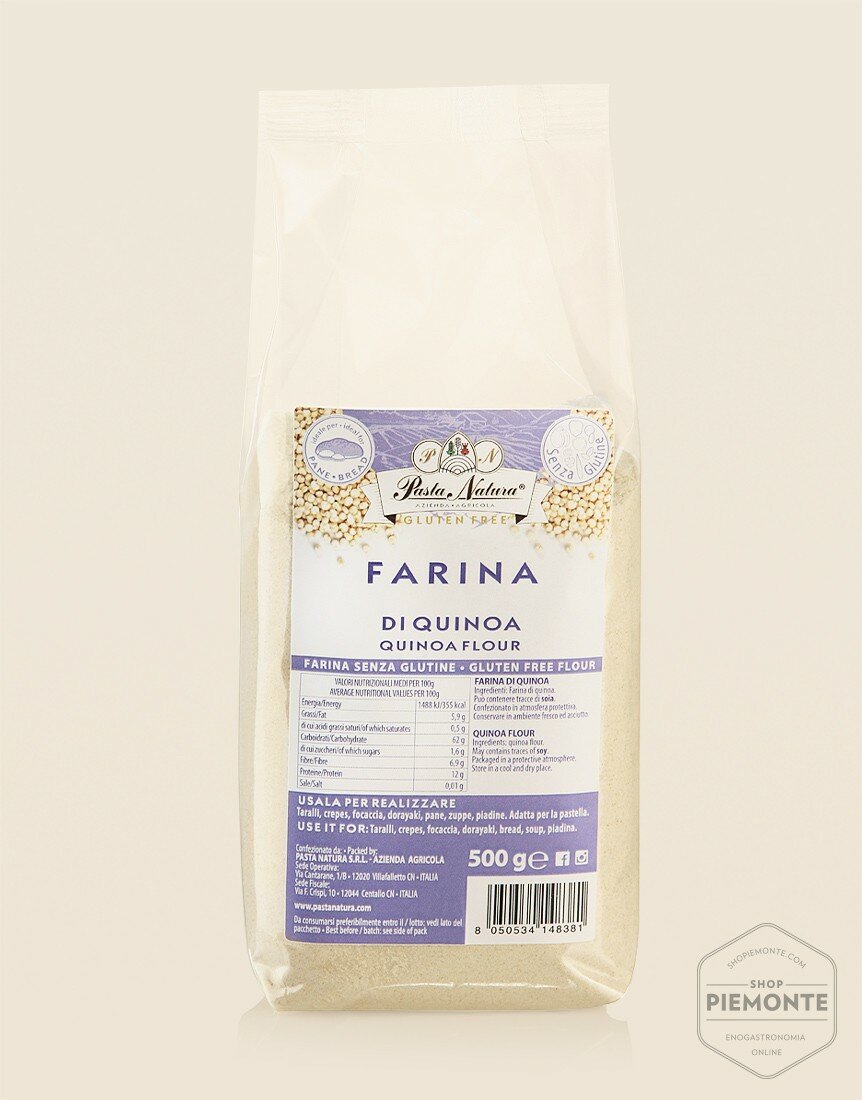 Gluten Free Quinoa Flour Pasta Natura
A very light flour suitable for the preparation of bread, gourmet muffins and rustic cakes. Perfect on its own to make firm doughs or mixed to make excellent leavened products! Ideal for the preparation of savory recipes, thanks to its taste reminiscent of legumes, but, if mixed with softer-flavored flours, it will have a more neutral taste, making it a fantastic base for coffee, chocolate or spice preparations ! To make this flour even more special is its nutritional richness: it contains all the essential amino acids, it is rich in proteins, iron, magnesium, potassium, calcium, phosphorus, zinc, omega 3 and vitamin E, finally, it has a very low glycemic index. This flour is suitable for all needs: gluten-free, vegetarian and vegan. For dishes rich in well-being and taste! 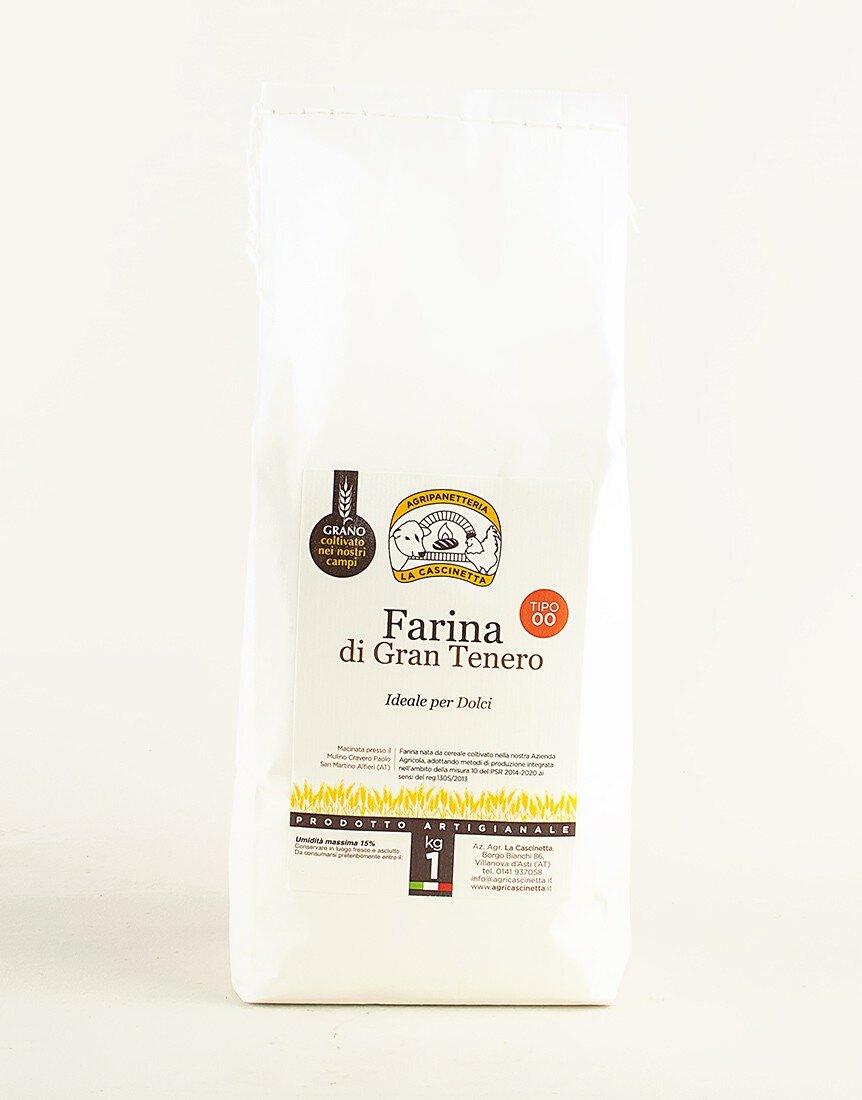 Wheat Flour 00 -1 kg Agripanetteria "La Cascinetta"
Wheat Flour 00 producted by Casinetta is a synonymous with quality and is cultivated in the Villanova d'Asti area. 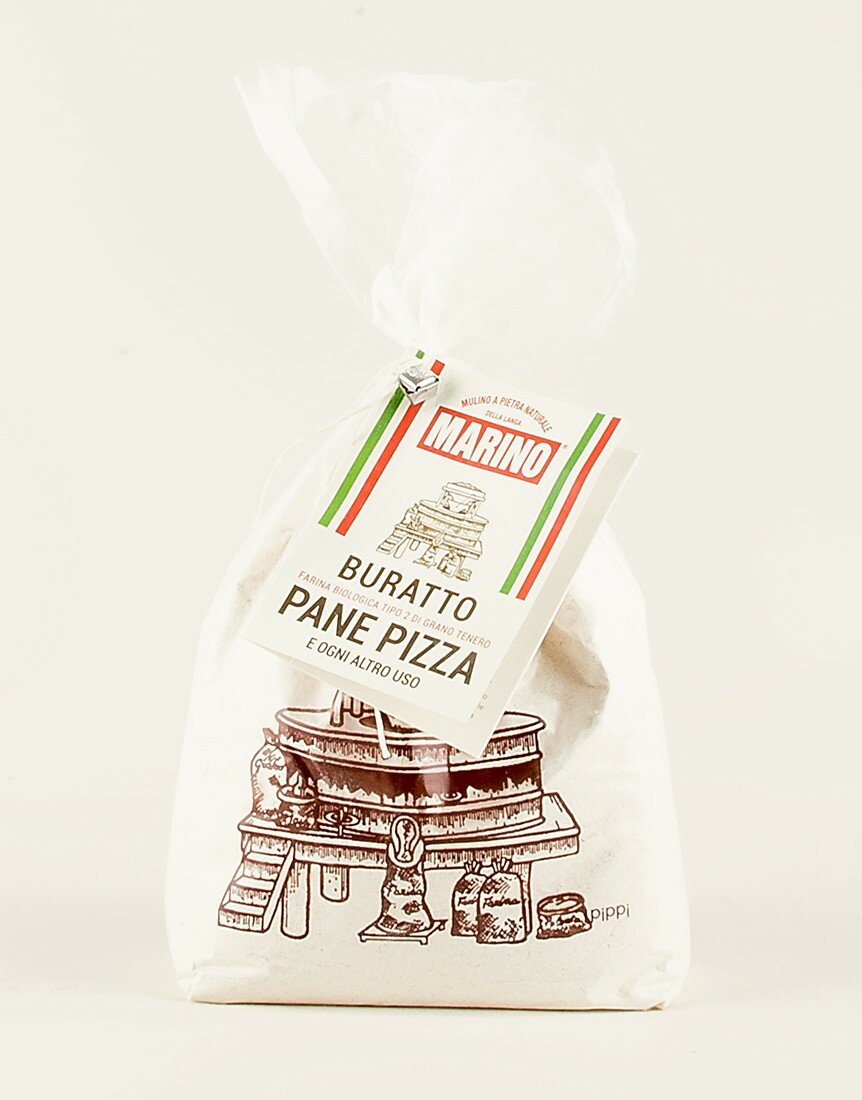 Cheesecloth Flour - 1kg
From the respect of the artisanal milling tradition of Mulino Marino, born the cheesecloth (sifted) flour : the whitest flour achievable through the millings with natural stones.  The Cheesecloth Buratto flour is a biological soft wheat type 2 flour, obtained without the addition of preservatives, stabilizers and other additives. Particularly appreciated to be a natural and raw product, these former qualities are due to the light part of fiber and grain’s germ that are preserved after the processing and that characterize this flour in respect to the others. 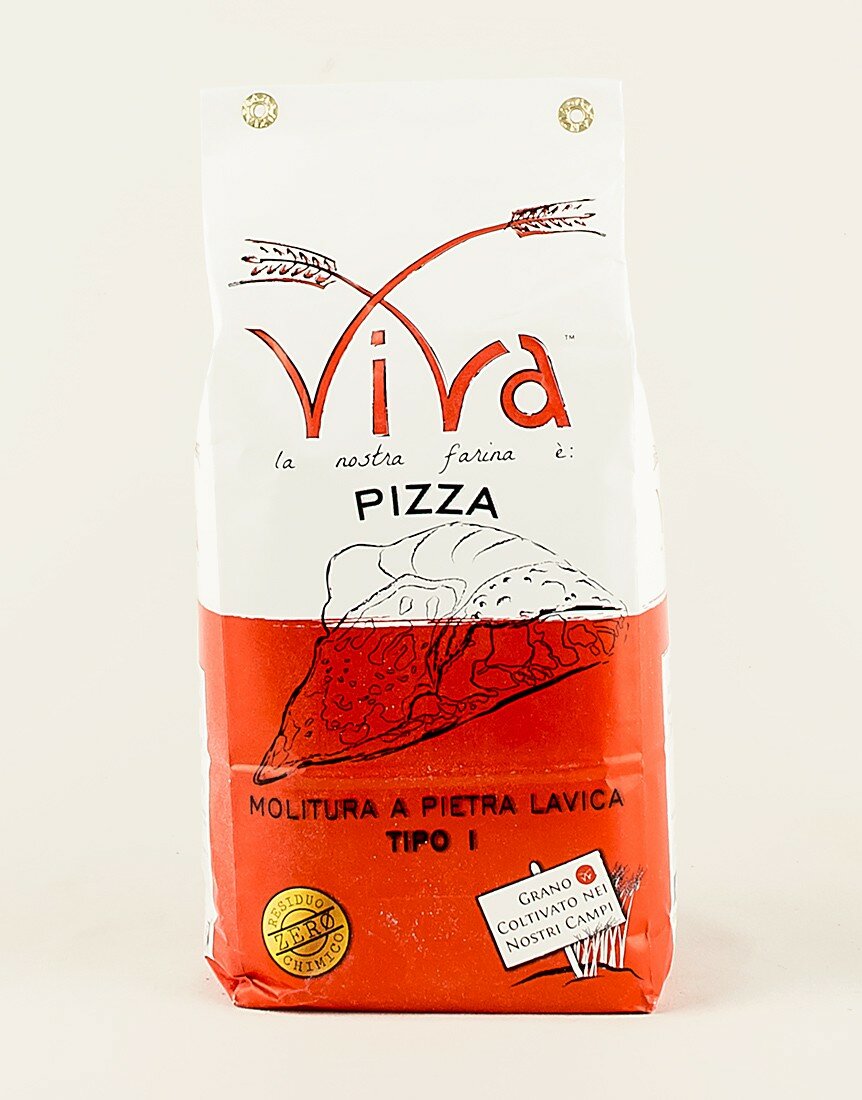 Soft Wheat Flour Type 1 for Pizza 1kg Farina Viva
The Soft Wheat Flour Type 1 for Pizza is obtained using natural lava stone grinding, TYPE 1 strong flour is obtained from a blend of soft wheat and a small percentage of rye which makes the product more enzymatic, favouring the fermentation process, thus increasing the digestibility of the product. Add the product: FARINA VIVA RECIPE BOOK in your cart to receive a FREE GUIDE with more than 10 recipes, all to try, with the various types of Farina Viva flour!

Enkir Einkor Flour "Bio" - 1kg
The Enkir flour, with its high digestibility and short time leavening, is particularly suitable for unleavened bread. The Triticum Monococcum is the father of cereals, ideal for all uses. It enhances its particular taste in simple preparations. 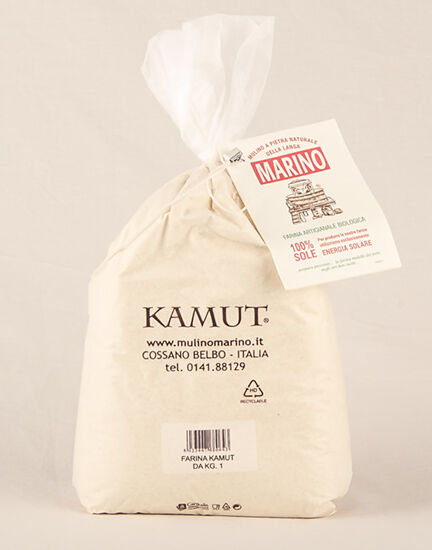 Kamut Flour - 1kg
The Kamut flour is obtained from milling of Khorasan wheat, one of the oldest variety of wheat. As any other cereal at Mulino Marino, it is milled in pureness (no contamination of other products) and with natural stone, following the characteristics of the single cereal with no alteration of the nutrients.The presence of the brand Kamut guarantees the highest quality standards in cereal production: it is never subjected to hybridization and crossbreeding and come from biological cultures in order to preserve its absolute value.The term Kamut derives from the homonymic brand, registered in 1990, but it is generally used to identify a particular typology of wheat: the Triticum turgidum turanicum, also known as Khorasan.

Let yourself be enchanted by the taste of tradition 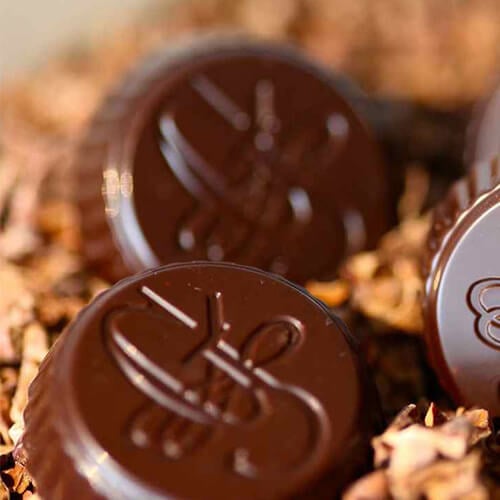 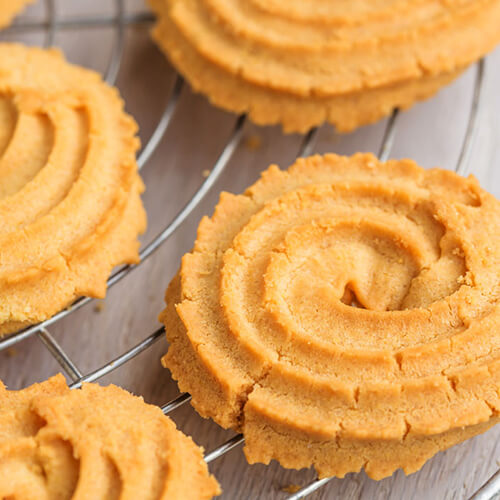 We select for you only products made with high quality raw materials, which follow traditional recipes. 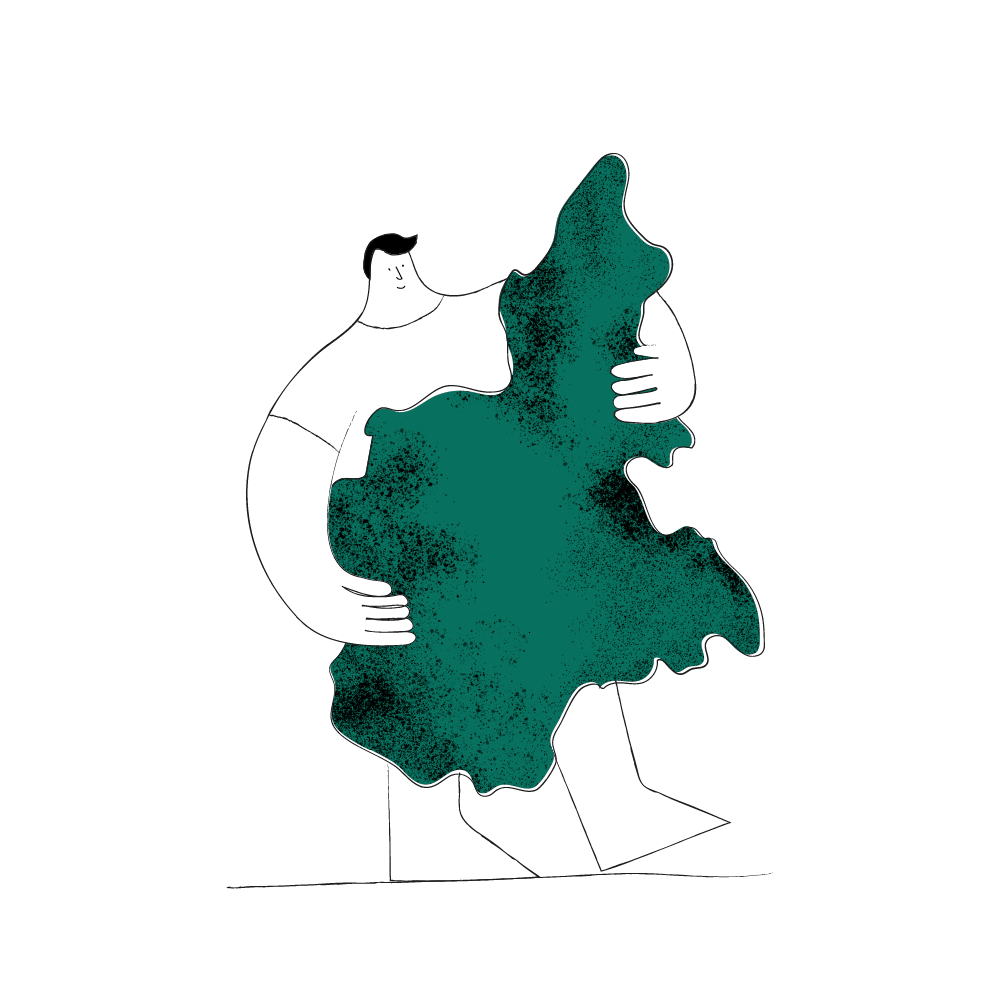 Passion for the territory 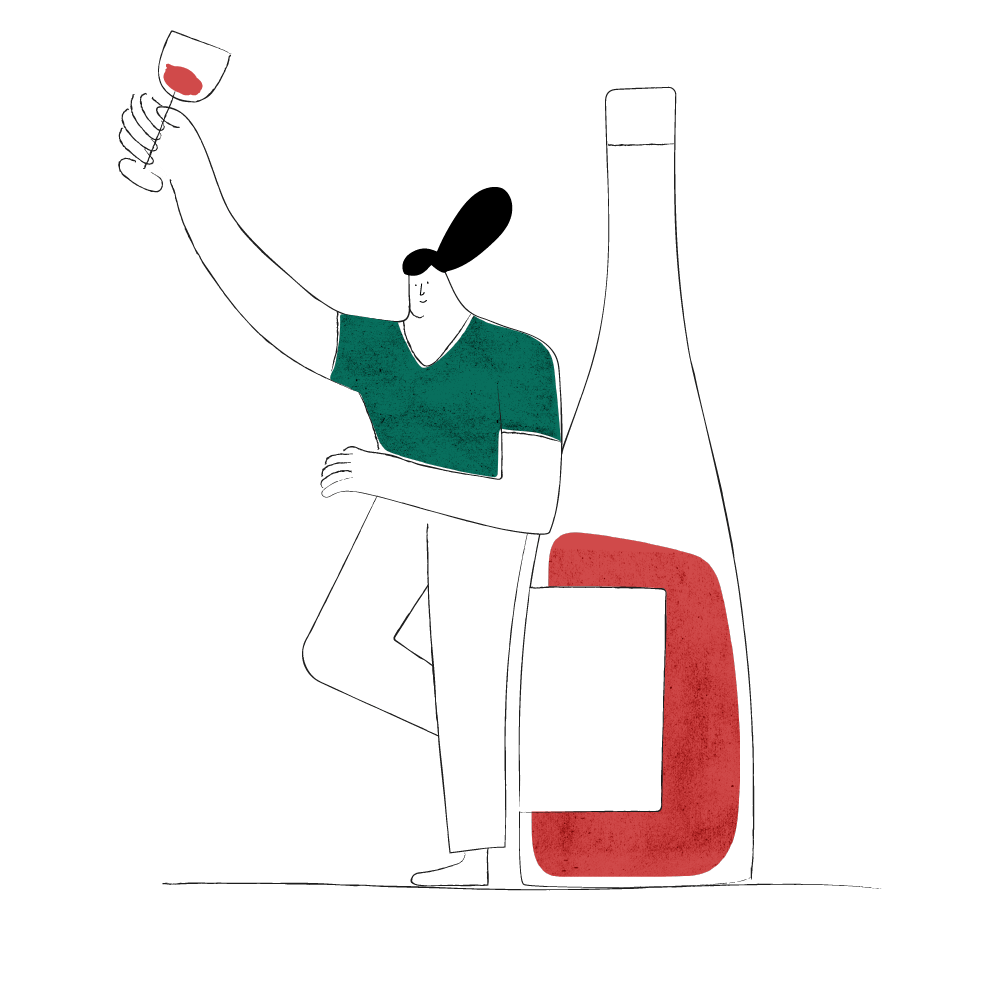 On shop piemonte you can find a unique selection of the great Piedmontese wines.

The historic grappas of Piedmont 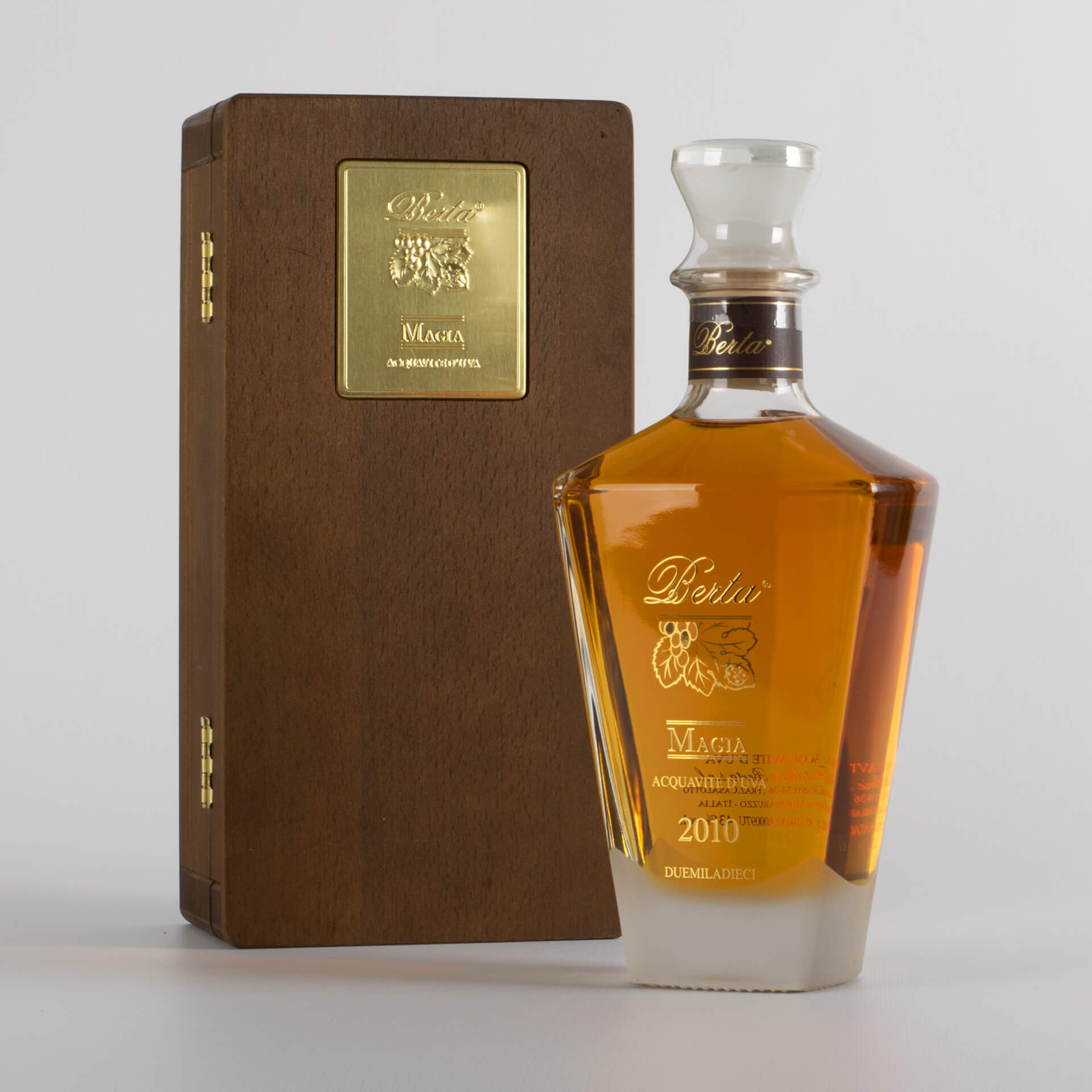 "Oltre il Vallo" Grappa Berta - in wooden box Grappa Berta
We are in May 2010, when in Mombaruzzo a new project came about: "Oltre il Vallo", a most sort after grappa aged in Single malt Scotch whiskey barrels. The project joined together the passion and the artisan masters of the Berta family and that of the best Scottish traditions, represented by the global company "Diageo", prized world leaders of alcoholic beverages. Two very different cultures, but both have the passion for distillation.  On one hand the "grappa", an Italian country-side tradition, and on the other hand the Single malt Scotch whiskey, fruit of the country-side of Scotland. This distillation is aged for 24 months in Single malt Scotch whiskey barrels, where they rest for years in the Berta family's cellar. The barrels, are selected one-by-one arrive from that far away land, from the oldest and most famous distilleries of Scotland:Lagavulin, Caol Ila and Mortlach, important names who have made and still make history for the best Scotch whiskey. Amber in colour, "Oltre il Vallo" is characterized by its soft and round taste. At the beginnig it is an explosion of fragrances which start with the grape skins, currants, dried fruit and almond. After a little while this sensation gives place to a light hint of smoke, peat and malt. Silky and round, in the mouth but on the palate an the nose it gives a sensation of softness, in a bouquet of fragrances that remind us of orange, hazel-nut and towards the end tobacco and honey. 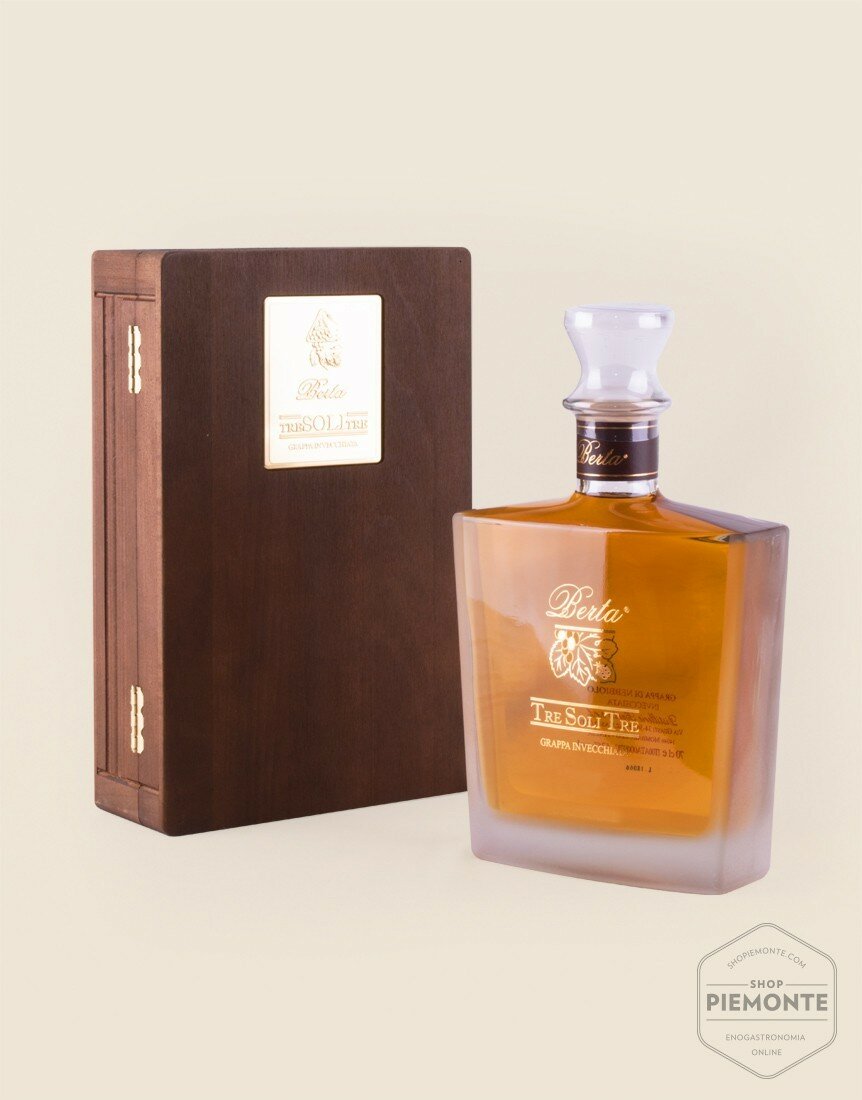 Grappa Berta Tre soli Tre 2012 - wooden box Grappa Berta
This Tre soli Tre grappa comes from the pomace of Nebbiolo, Nebbiolo from Barolo and Nebbiolo from Barbaresco, selected by the best producers in the typical production areas. It is distilled with the traditional discontinuous method in copper steam boilers and aged for 8 years in woods of different essences with different roasts.It expresses a broad, enveloping perfume with great personality. Splendid concert of sensations in which ripe fruit (black currant, apricot, morello cherry), cocoa and vanilla stand out.The flavor is rich and enveloping. The incredible sensations felt in the perfume are confirmed.

Après Grappa aged for 5 years Grappa Marolo
The Moscato Grappa Après is refined for 5 years in wooden barrels from Sicily, which previously contained the famous sweet wine Moscato di Pantelleria. This explains why has a deep amber colour, an intense aromatic flavour and a round slightly almondy taste.

Amarone Grappa Grappa Marolo
The Grappa of Amarone of marolo is made from fresh marcs, still dripping with wine. Soft and elegant, releases scents of cherry, blackberry and dried fruit.