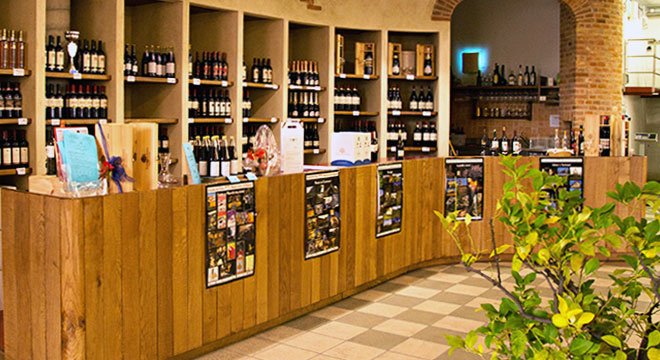 Malvasia, Freisa and Bonarda of Cantina di Castelnuovo Don Bosco and the Barbera of the Cantina di San Damiano d’Asti.

Terre dei Santi (the lands of the saints) is the combination of two realities of the Asti territory, in Piedmont, that since several years operate in the winemaking field: the Cantina del Freisa at Castelnuovo Don Bosco and the Cantina del Barbera at San Damiano d’Asti. They are united by the same attention for the quality of their wines and for the love for their land.

The name Terre dei Santi wants to express the deep bound with the land to which they belong, with its gentle hills, the rows of vine, the churches perched on the hills, the Saints that here were born or that left a strong spiritual trace like San Giovanni Bosco and San Damiano.

The wineries of Castelnuovo Don Bosco and San Damiano are located within a territory were authenticity and genuineness are still real, away from mass tourism that gave the chance to the visitor of fully experiencing the landscape, the food and the wine.

Since several years the two vineries are working to increase the quality of their wines. It is not surprisingly then that its quality was awarded with important prizes at a national level. A confirmation is also found in the growing number of estimators of its wines including Malvasia, Freisa and Bonarda of Cantina di Castelnuovo Don Bosco and the Barbera of the Cantina di San Damiano d’Asti. 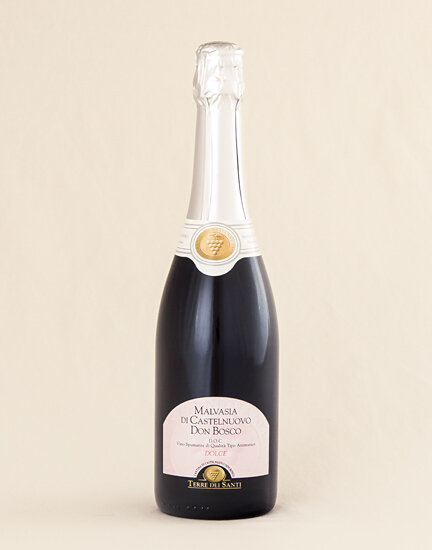 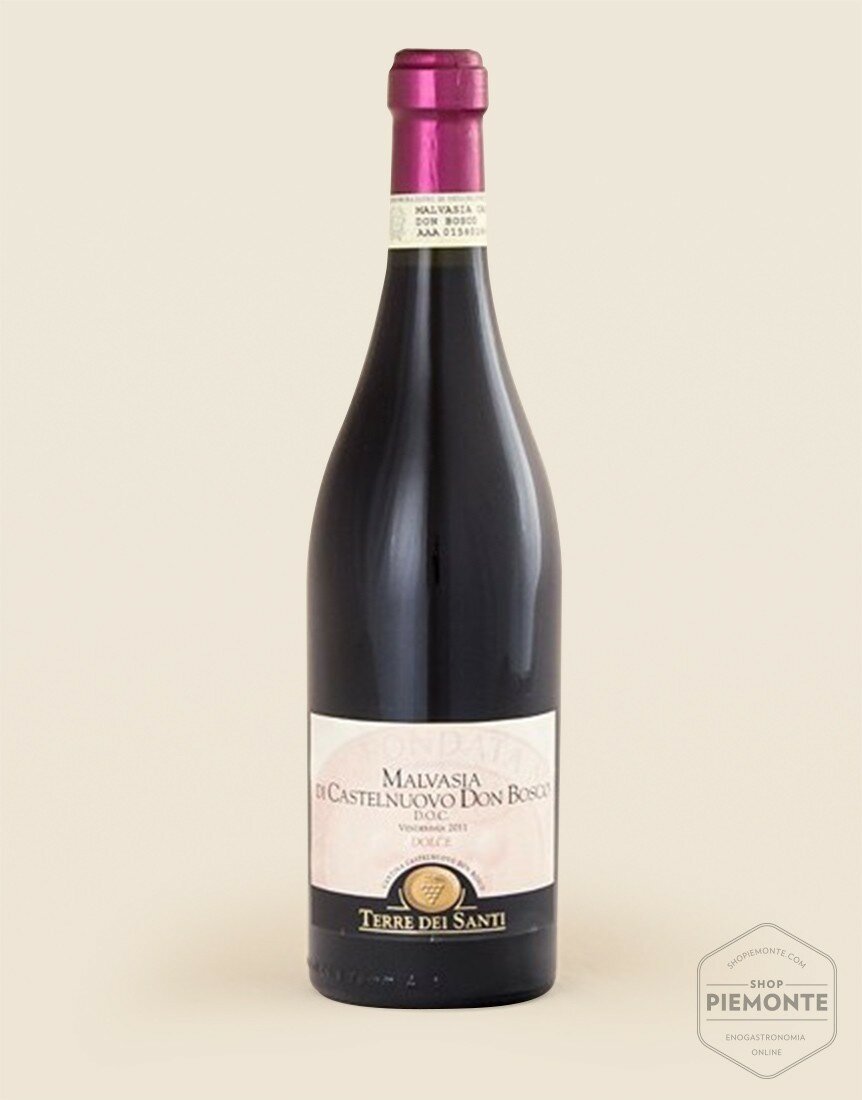 Malvasia di Castelnuovo Don Bosco 2019 Cantina Terre dei Santi
Red wine with a sweet taste and the typical deep floral and fruity bouquet of the Malvasia grape. The taste is sweet, lively, delicate and persistent but not cloying, also thanks to a long almond finish.
€6.60 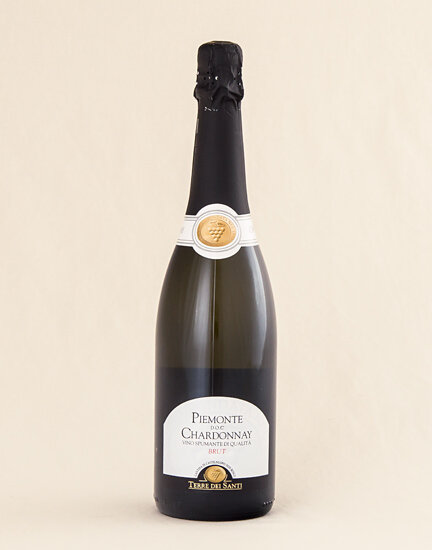 Spumante Piemonte Chardonnay D.O.C. Brut Cantina Terre dei Santi
The Chardonnay grapes used to produce this great intense and fruity spumante are cultivated in the Alto Astigiano wine-growing area. The palate is pleasant, and the perlage is fine and delicate. The flavour is fresh and velvety with a good richness of flavour.
€7.10 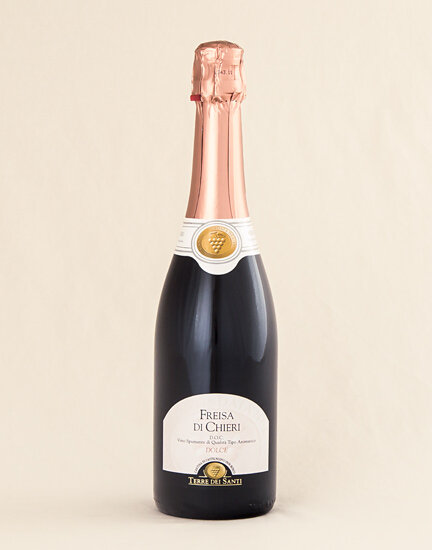 Chieri Spumante Freisa wine Cantina Terre dei Santi
The Freisa is a grape variety grown only in Piedmont. The traditional production area of the Freisa di Chieri DOC is close to the hill overlooking Torino. This is an unusual sweet sparkling version. The bouquet is intense, fruity and floral bouquet, with notes of raspberry and violet. The palate it is pleasantly lively, sweet, fresh, aromatic.
€7.10 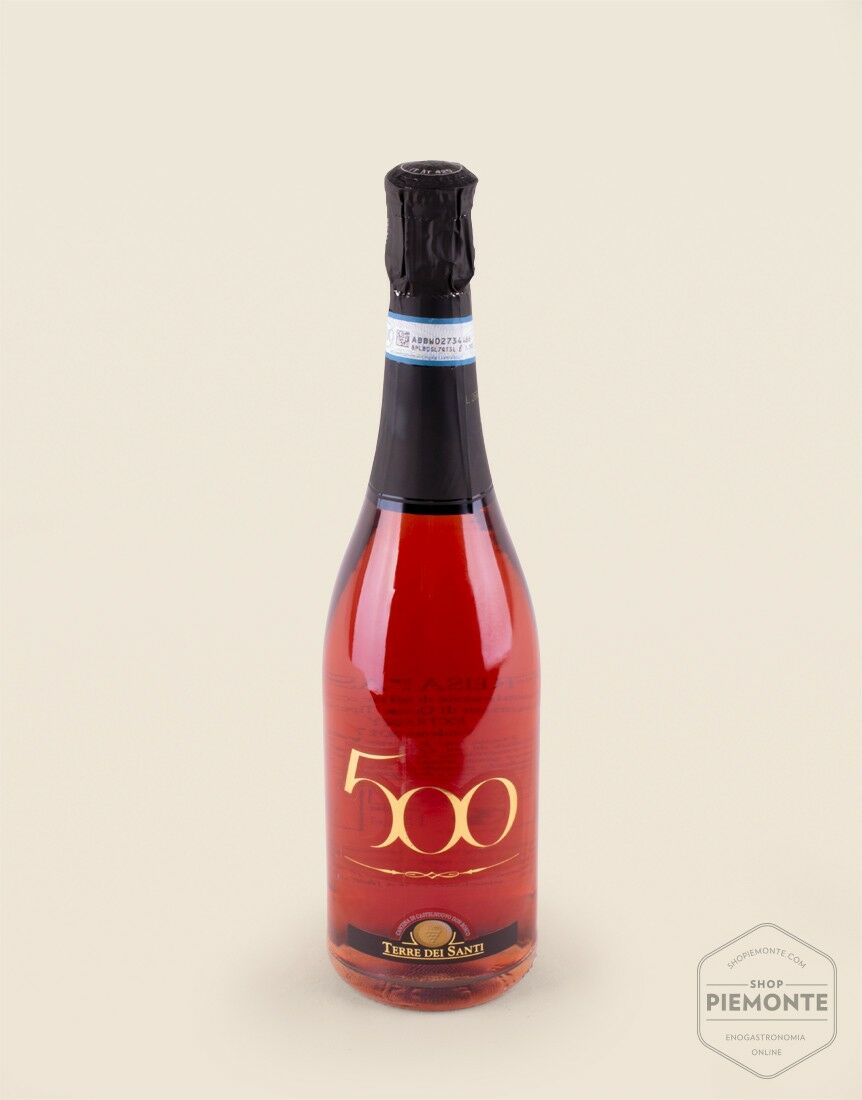 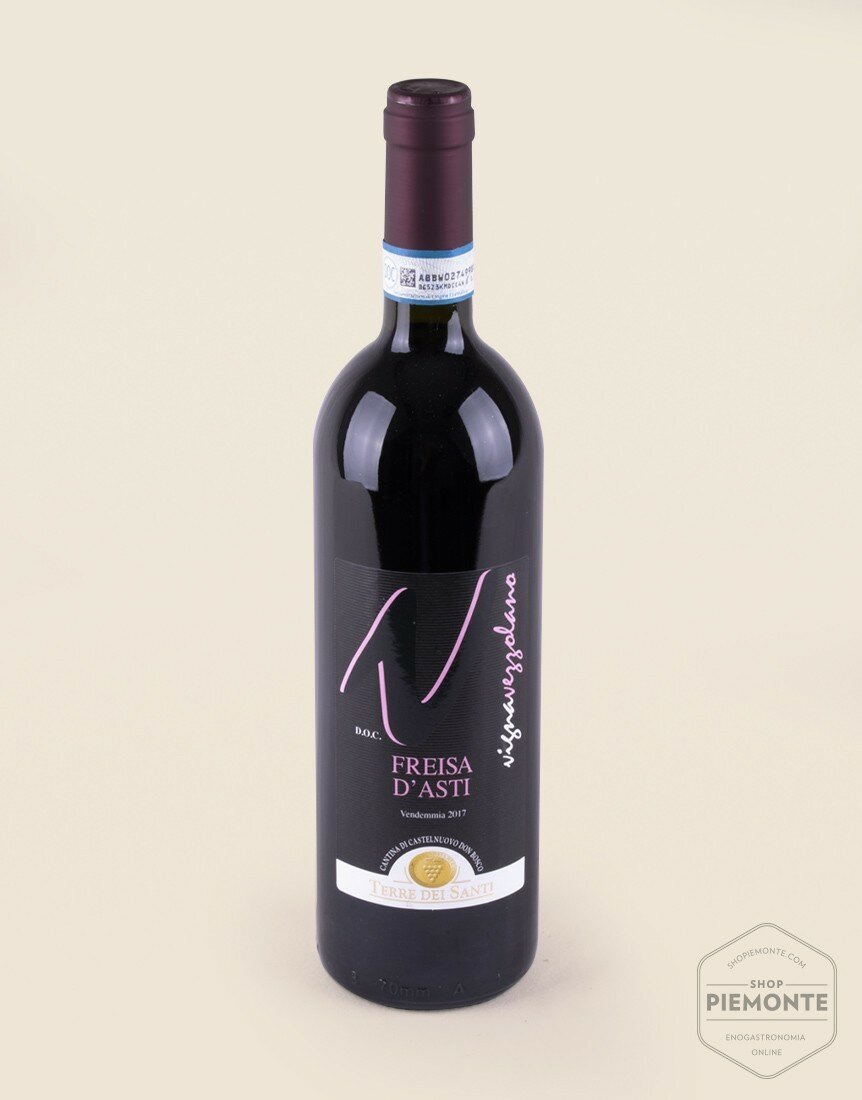 Freisa d'Asti Vezzolano 2018 Cantina Terre dei Santi
Grape variety grown exclusively in Piedmont, Freisa is in the area called ​​Alto Astigiano, the production area best suited to this crop. The flavor is structured, decidedly dry, full-bodied and soft with a unique tannin that leaves a pleasant bitter sensation at the bottom of the palate.Bouquet: vinous, floral and fruity that evokes rose and raspberry.
€7.10 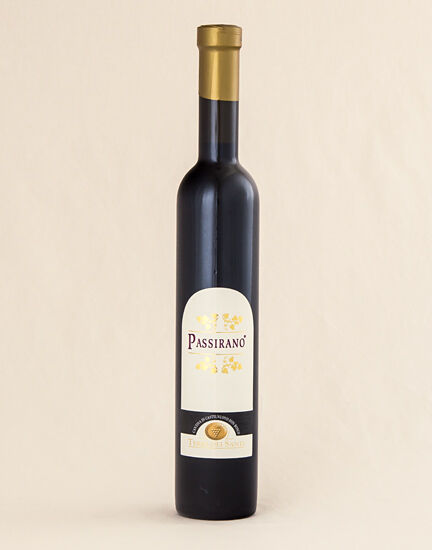 Passirano wine Cantina Terre dei Santi
This passito obtained from the late harvest of overripe grapes has a soft, harmonious taste, and a sweet aftertaste. The nose is complex and intense, with the aroma of the grape variety and the sweetness of the vanilla.
€16.30 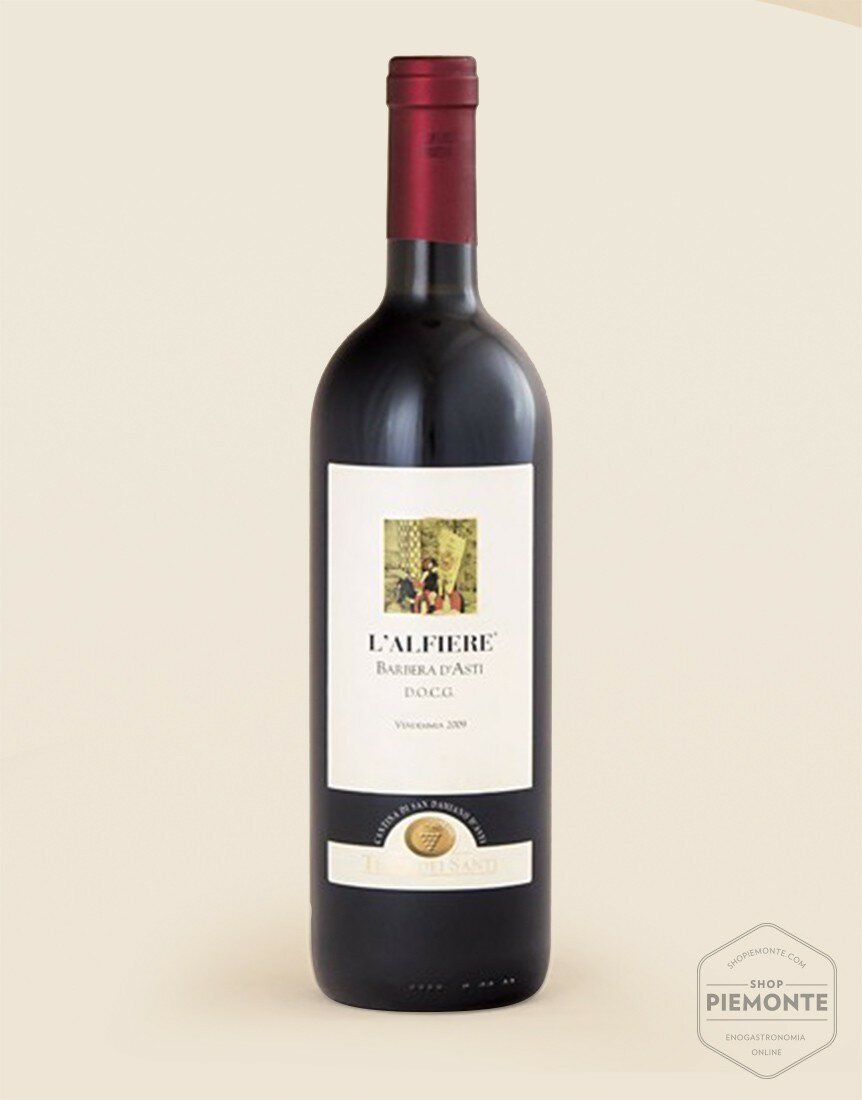 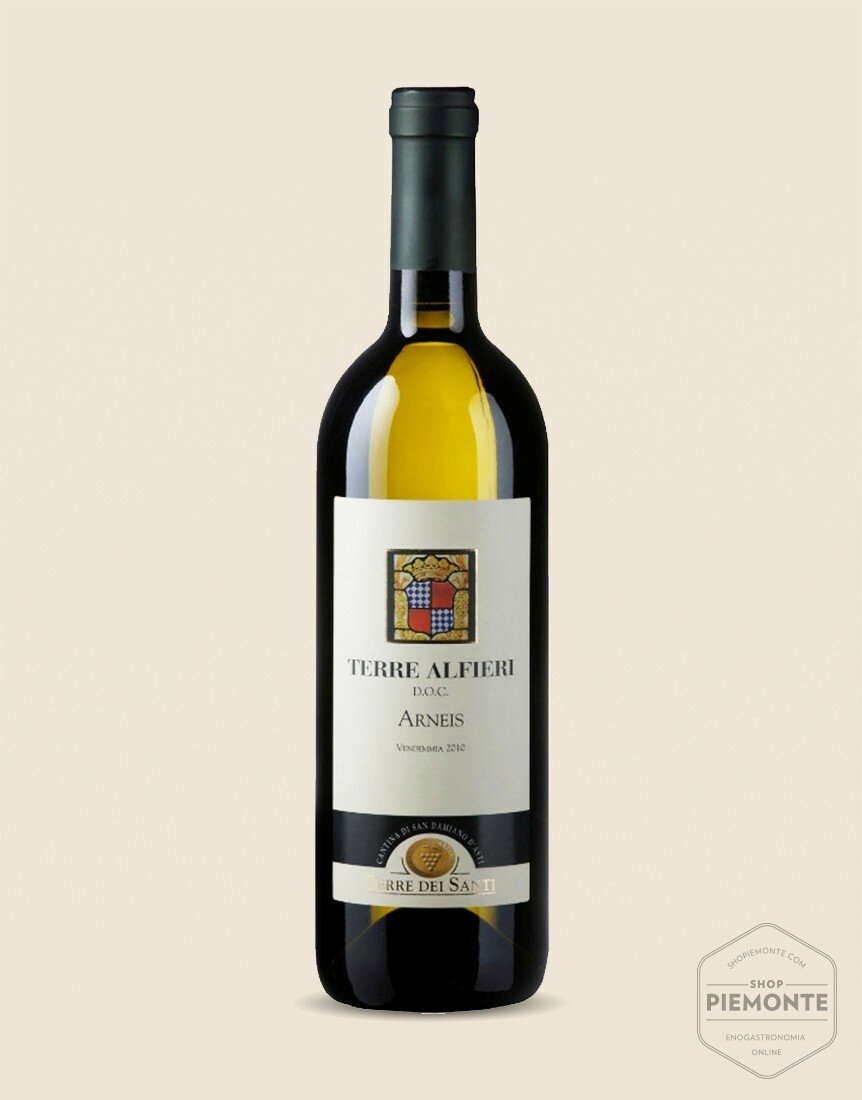 Terre Alfieri Arneis 2020 Cantina Terre dei Santi
The Arneis vine prefers to live in hilly areas and from the climate and soil of Piedmont. From its fruit a fruity and floral wine is created, with a straw yellow color and a fresh taste.
€8.70 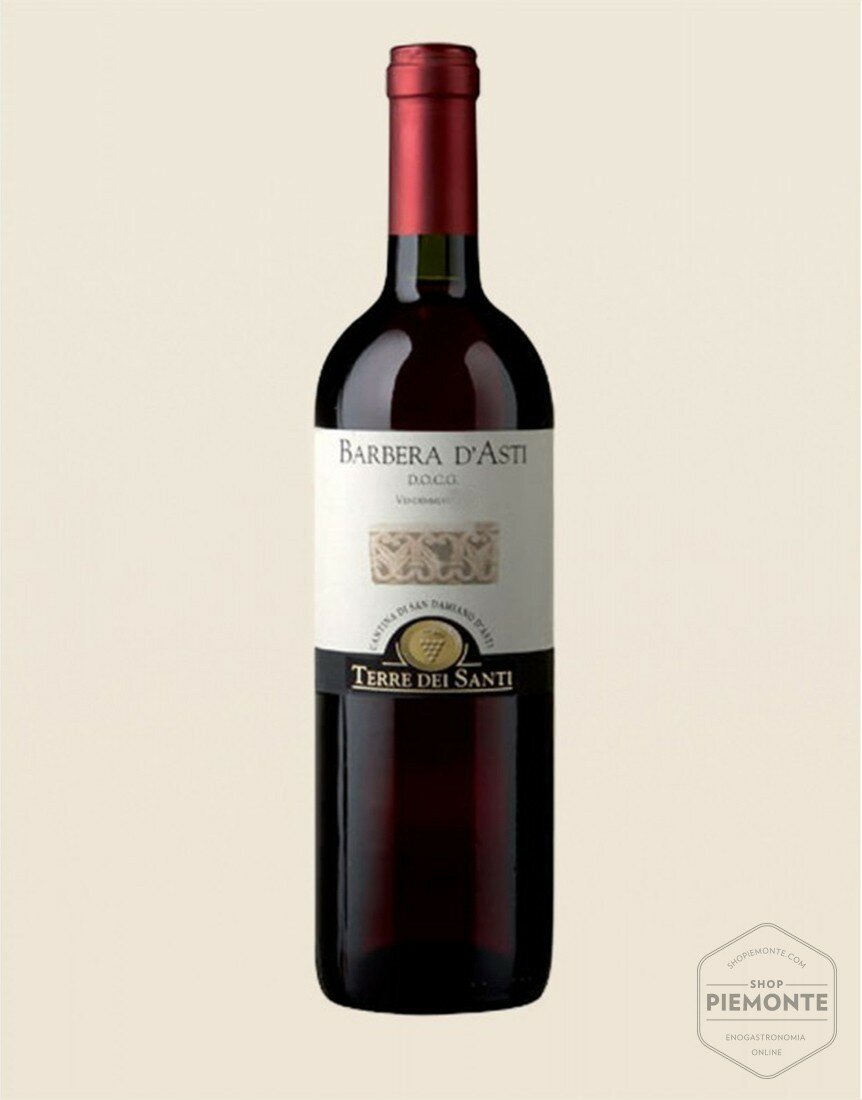 Barbera d'Asti 2020 Cantina Terre dei Santi
Barbera d'Asti D.O.C.G is a typical Piedmontese wine par excellence, in recent years it has been re-evaluated thanks to good work in the vineyard that has enhanced its qualities.
€6.70